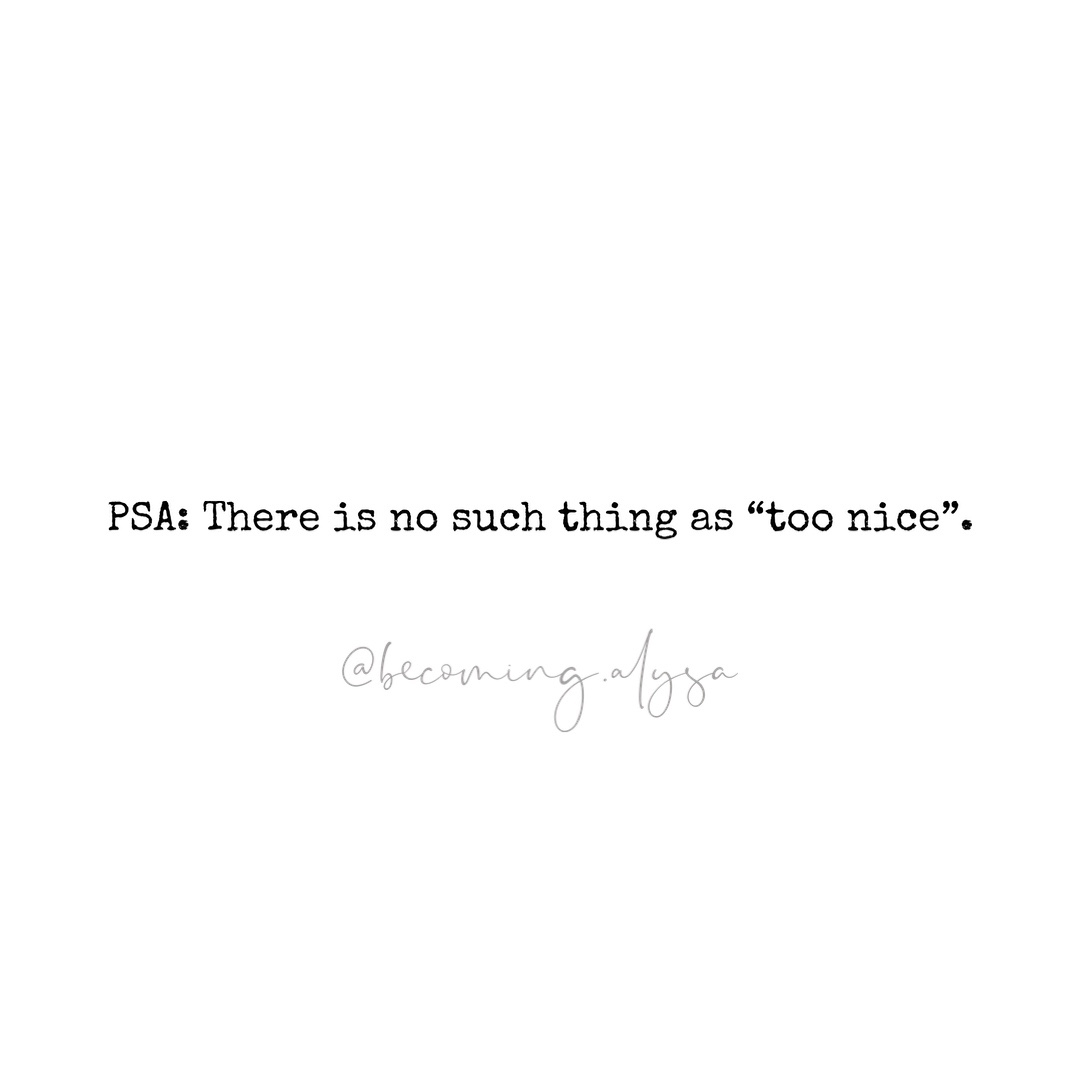 “He’s just too nice”.
•
I’m a little embarrassed I used to say this 🤦🏼‍♀️. Years ago, I really believed this lie. Like being nice was an unattractive characteristic in a man. Wow, did I have it backward!
•
Now, I understand what I was really saying was: “I don’t deserve to be treated kindly”. And I reinforced that belief by continually choosing people who were happy to treat me poorly. They had issues of their own, and I know that now too. I’m not angry with them. But if you ever find yourself saying this, I would suggest asking yourself “Why do I believe I don’t deserve to be treated kindly?” “When did I start to believe this?”, and “Whats the lie I’m holding onto?” Only then will you begin to become aware and make choices based more on truth, that you DO deserve to be respected and treated kindly, than old beliefs that are not serving you.
•

Have you said these words before? Are you struggling with them now?